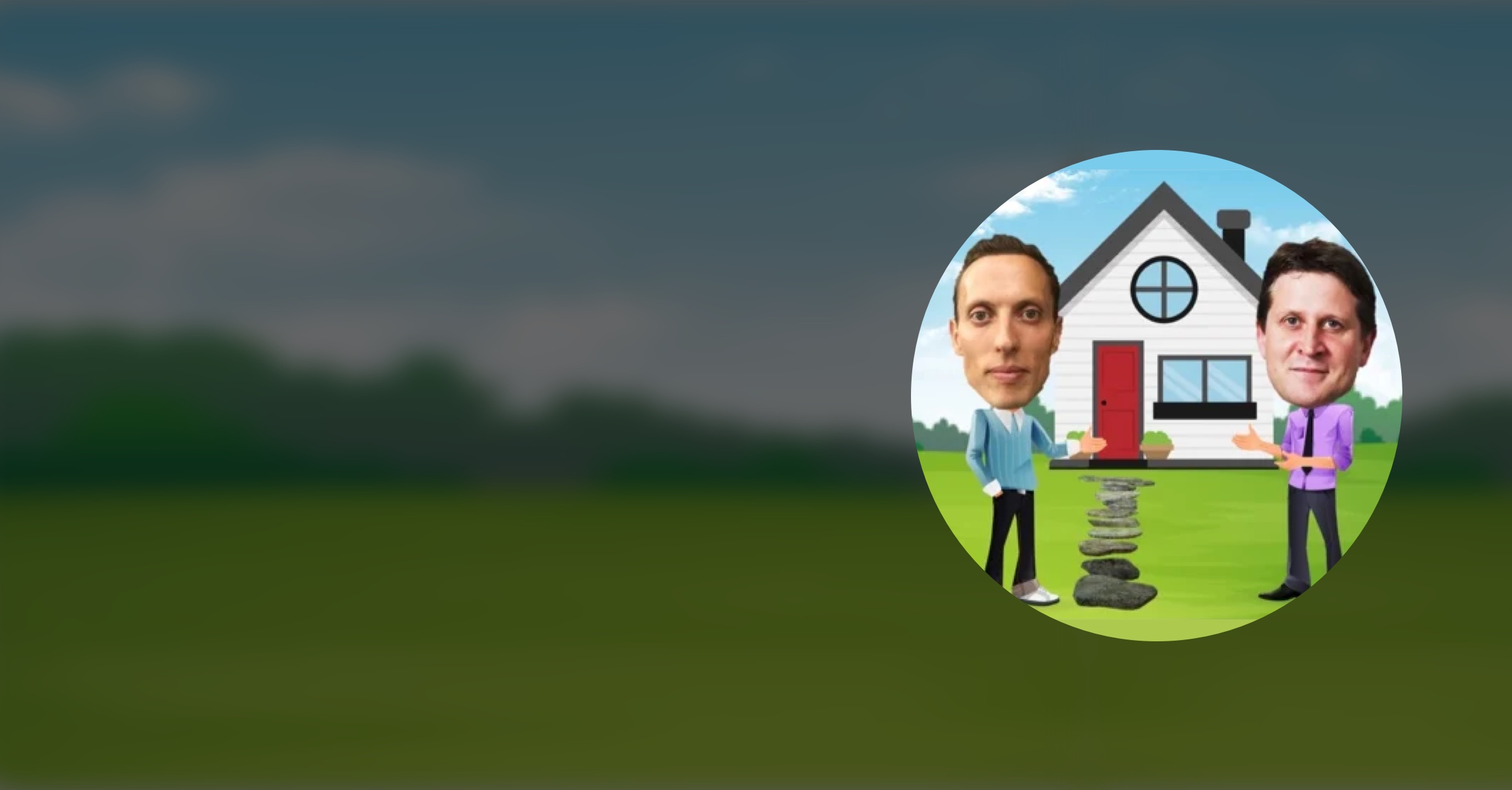 While previous episodes have explored How to Redefine Your ICP and How to Build a Target Account List, Episode 3 looks at Building Out the Decision Making Unit.

Get ABM Insights straight in your inbox

ABM in the House: a series of conversations between Alex Olley, Co-founder of Reachdesk and Declan Mulkeen, CMO of Strategic IC, as they explore how to build an effective Account-based Marketing (ABM) programme.

While previous episodes have explored How to Redefine Your ICP and How to Build a Target Account List, Episode 3 looks at Building Out the Decision Making Unit (DMU).

ABM in the House - Building Out the Decision Making Unit

Alex Olley (Reachdesk) - So, here we are, Episode 3 of ABM in the House. It seems like only yesterday we were talking about doing this series Dec. Episode 1, sort of described the steps to take, to make sure you can build out your ICP. Last week in Episode 2, we spoke about how to select the Target Account List for your ABM programme. Before we go anywhere else, is that a Zoom background? It looks amazing.

Declan Mulkeen (Strategic IC) - Hey Alex, good to see you again.Actually, this is my . I thought as this, we're doing this series called ABM in the House, I thought perhaps we could move out of our offices, and our attics, and start moving the show around our house.

So I thought today I'd do it from the garden, and thankfully the weather is beautiful today.

Alex - Oh mate, that looks awesome. It's not great over here in the UK, so maybe if it's nicer next week, I'll do it in my garden.

Alex - Awesome, great to see that you're well, and you've got the sun shining in the background. So alright, now the ICP and Target Account List. What did you want to talk about today?

Declan - Well, as you said, we've got the ICP, that was in Episode 1. Episode 2, obviously we had the Target Account List. I think it's now time to decide, how do we actually look at the contacts within those Target Accounts that we actually want to go after? And I think there's an awful lot of documentation out there, an awful lot of research out there that the B2B buying journey has become very, very complex.

It's a complex journey, multiple stakeholders are involved, the lifecycle has been extended, etcetera, and typically anywhere between four, and ten to fifteen people are involved. So it's not a case now of just targeting one person, or one contact, or one Chief Marketing Officer, etcetera. You now need to actually map out the, what we call the Decision Making Unit or the DMU, and actually map out all the roles that are actually involved in that. And typically we're very familiar with terms such as, champion, influencer, budget holder, etcetera. So looking at the Decision Making Unit of that Target Account is probably the next step for us. Does that make sense to you?

Alex - Yeah 100%. Like we've got to think about a more complex sale now, particularly for Account-Based Marketing, so having that Decision Making Unit mapped out, seems a really sensible next step. So it sounds like what we've got to do is almost get under their skin a little bit to have a successful ABM programme.

I always sort of reflect that it's about accounts, right? It's not about leads. It's about the account and everyone within it. So for me, it's about not trusting your gut, and being a bit more forensic. So that's kind of, let's start looking at those steps to building your buyer persona if that's okay with you.

Alex - So what's the first one for you?

Declan - Yeah, so I think step one would be to identify the buyer personas, okay? And I think one of the kind of recurring themes that we've got running through this series is that we need to be talking to our Sales Teams, we need to be talking to our Customer Success Team, we need to talk to the wider organisation. We need to be getting all of that information, all of that insight, all that invaluable engagement that these teams have with our customers, and with our prospects. And so I would suggest that we talk to the Sales Team, we talk to the Customer Success Teams, and we review, let's say for example, our last 20 deals. Okay?

And ask some questions about, who was involved in those deals? What people were actually involved in making the decision? Which people were on the phone call? Which people were on the email chain? Write down the job titles, and the role that they played in the decision. And as I mentioned before, were they the champion? Were they the executive sponsor? Were they the budget holder? Were they an influencer? Were they indeed a blocker? Which is really important. were they an end user? I mean there's lots of roles,
and we can go into that in a bit more detail, but that's really a first step for me, is looking at those buyer persona involved. Obviously, you know your CRM, such as HubSpot now has those fields, so that can be very helpful.

And obviously, you know everyone out there watching this, you know, your business better than anybody, you'll know that there are different roles involved, and they are even specific to your company, or specific to your industry, so have a look at that. And I think once you have those kind of buyer persona mapped out and identified, you can then go to the next step, which for you Alex would be?

Alex - I like to get under their skin. Particularly when building kind of profiles, I think one of the biggest mistakes that I see made is businesses build a characteristic profile. These are all the characteristics of the personas that we're going after, and I don't think that really helps you. Partly because what you need to do, is you need to start enabling your Sales, Customer Success, and Marketing teams, right? Map out what influences their buying decisions. We want to influence their behaviour as part of this, right? So you got to understand their attitude, their decision criteria, the actions that cause a buyer to determine your solution to be the best, right? So we look at things like, what are their objectives and their goals?

What are the KPIs that they're measured on, the pain points, and the challenges, particularly now. Pain points and challenges have changed, so you should be refreshing those buyer personas that you've got. Make sure that you have the relevant value proposition, and messaging for those individual personas. What perhaps might be some of their common objections to your solution. You can also start to build like a talk track, and the talking points to sort of open a conversation. I also like to almost give them a personality. I think it's really important, it allows your Sales Team when you're doing training on it, to really understand what makes them tick. So those are the things that we do. Sometimes it's good to jazz them up, give them some names, but really important, focus on their challenges, and what motivates them to buy. That's really what we're about, getting under the skin. Yeah, does that all make sense? And if so, what's kind of the final bit for you?

Declan - Yeah, I think it's really important actually, and I think trying to go as deep as possible into that persona is really helpful, and trying to bring that persona to life. Because at the end of the day, we're working with, we're selling to, we're building relationships with other people, and trying to make the intangible tangible I find is really, really helpful. So I think the next step for us would be, once you've got that mapped out, you now need to actually go and find those buyer persona.

So there's a lot of tools out there that can help us. Now obviously, everyone tends to have LinkedIn, and Sales Navigator. We use Sales Navigator to map out that Decision Making Unit. We go and find those people on Sales Navigator as the first step. And then obviously in order to engage those people, you need to actually then get the contact details because with LinkedIn and Sales Navigator will only give you so much information. So there are a lot of tools that we've mentioned in previous episodes, such as Cognism, LeadIQ, ZoomInfo, etcetera. These tools are GDPR compliant, which is obviously very, very important. And you can then use those tools to actually get the contact details of these people. Be it the address, be it the email, be it the telephone number, etcetera, etcetera. And then you can sync that information with your CRM, or with your marketing automation platform. And I think that's really the basis for us. So I think with those three steps, Alex, how does that sound in terms of an approach to you?

Alex - It's pretty much identical to how we do it, which is really good, it's refreshing to hear. I love that final bit. Obviously you've got to get those compliant databases, and make sure you got the contact data in, that can obviously refresh that. But yeah, it makes total sense. So that sounds relatively straightforward in some ways, but if you enable yourself with those tools, it makes it that a lot easier.

If you do it manually, it can be quite tricky. Okay, so I suppose next now, we've got our Ideal Customer Profile (ICP) we've got our Target Account List, we know the personas, we've got the contact data, next bit is the really fun part, right? How do you think about your campaign execution strategy? Or the channels you're going to be using, which tactics are you going to use? Start to build a playbook. How do you measure engagement? This is the really fun part. It's where the rubber hits the road.

So, I think that's what I'd like to talk about in Episode 4. How does that sound to you?

Declan - It sounds like a plan. Looking forward to it.

Alex - Nice one Dec, well, enjoy that sunshine. See you next week.

Declan - Thank you, see you next week. 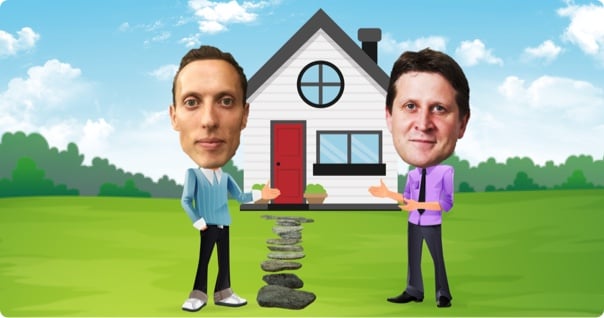 Episode 4: Focusing in on your Account-Based Marketing Goals

Let’s talk ABM: 8 ways to build a community with ABM

The Hardest Part of ABM: How to get leadership buy-in ...

ABM Case Study: How to build an ABM strategy from zero ...

Let’s talk ABM: 7 steps to move from SMB Marketing to ...

The Hardest Part of ABM: Pivoting to an ABM Mindset

Let’s talk ABM: 7 tips for your journey to ABM

The Hardest Part of ABM: Sales and Marketing Alignment

Top 10 ABM Challenges [and how to solve them]